The main TSZDT list has 6 Mexican horror films. Out of the 7,195 nominations, 106 Mexican films have received at least one vote. Find this list on IMDb and iCM.

“The movie is enveloped in an all pervading atmosphere of gothic fantasy: cobwebs glisten in artificial moonlight and luminescent mist enshrouds the dilapidated hacienda which is ensconced in permanent shadows. The film has a surprisingly expensive look to it. Although the turn toward horror and fantasy in fifties Mexican cinema was largely inspired by the decline of the industry, the superior production values of it’s heyday in the forties are still very much in evidence in “El Vampiro”. The film is loaded with exceptional moments of directorial brilliance and great imagination – and the camera often moves with a Bava or Argento-like mind of it’s own.” – Blackgloves, Horrorview 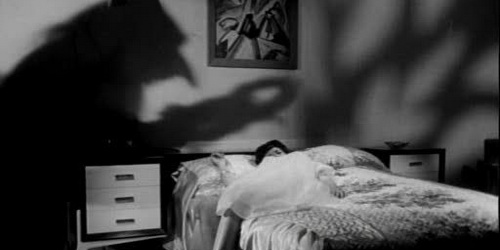 “Brainiac is delirious, sordid monster fun for ‘undiscriminating audiences.’ Its only practical function is to be able to say “I saw The Brainiac last night,” just to see which of your friends wants to hear more and which suddenly hurry away whenever you approach. Then again, it’s no trashier than any number of gory and cheap American movies of the 1950s… Viewers undeterred by those considerations will be floored by Urueta’s use of tacky, overly bright rear-projected stills to represent all exteriors not shot on interior sets. Like the best of American Z-filmmaking, Brainiac seems to take place in some unused broom closet of the imagination.” – Glenn Erickson, DVD Savant

“The general mood and the visual style of “The Witch’s Mirror” is probably influenced by the old Universal horror-films and legendary tales by the ones like Edgar Allan Poe, and its gothic-mood has many similarities to the films by Mario Bava from the same era. The very imaginative and clever visual tricks in the film are not necessarily that hard to achieve and are occasionally dated, but they do work very well for the movie and for the black & white cinematography. Flowers are withered for no reason, the piano is playing the favourite tune of the late Elena by itself, the wind is blowing and the mood is restless and spooky. Some optical tricks (like superimposing) are surprisingly good, and filmmakers have used their best imagination to create the illusion with the mirror, the essential object in the film. The movie has almost as much fantasy elements as it has horror, and together they create a pretty effective little flick.” – Jari Kovalainen, DVD Compare

“The film lasts a mere eighty minutes and, with the possible exception of a fight scene between two men that feels more at home in one of the popular lucha libre films of the time, not a moment is wasted. Though there is nothing original at all about it (in addition to its murderous title character, it has a crippled manservant and a madman in the attic), the film is so tightly constructed, the narrative moved along so propulsively, and the experience of watching it so consistently and thrillingly strange, that it rises above the also-rans to become a minor classic of its genre.” – Matt Bailey, Not Coming to a Theater Near You 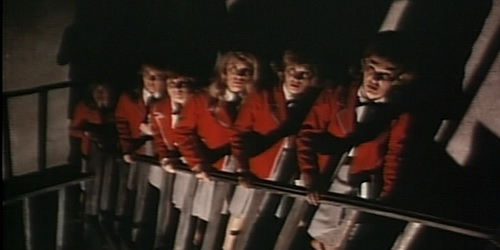 “Shown on Mexican television every Halloween and Dia de Los Muertos… it is also widely considered the best Mexican film of the horror genre. Mexican movie studios did produce a number of horror movies during the 1950’s-1960’s (Mexican Cinema’s Golden Age), but they were largely mediocre movies featuring masked wrestlers. What sets Hasta el Viento Tiene Miedo apart from the latter is Taboada’s introduction of 19th century literary gothic motifs in a contemporary setting… Hasta el Viento Tiene Miedo is the first in a horror trilogy by Taboada and while Veneno Para las Hadas (Poison for the Fairies) received awards and was more critically acclaimed it’s the former that remains his most popular film.” – Cinema Nostalgia 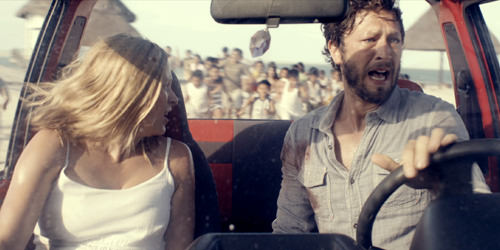 6. Come Out and Play

“The story in “Más negro que la noche” may be simplistic, even clichéd; however, Taboada’s film seems to be constructed with one single idea in mind: atmosphere. Atmosphere is the key word in “Más negro que la noche”, which showcases a masterful use of lighting and camera-work to create an effectively ominous atmosphere of dread that begins to surround the four main characters. Stylish and elegant, Taboada’s borrowing of Giallo elements does not limit merely to plot devices, but also to the striking visual style… which shows a more than obvious influence from Mario Bava. In the film, Taboada once again excels in his visual narrative, which is fluid and dynamic, developing the story at a nice pace.” – J. Luis Rivera, W-Cinema

“The most notorious feature in “Veneno para las hadas” is certainly the fact that director Carlos Enrique Taboada shots his film entirely from the children’s point of view… This style, while certainly a bit gimmicky, allows a greater emphasis on the two main characters, and actually reflects the reality of their lives in relation with the adult world… The cinematography, by Lupe García, is kind of average but Taboada manages to put it to a very good use in creating haunting Gothic images that once again show a strong influence from Italian filmmakers. In this twisted ode to childhood, Taboada succeeds in crafting a fairy tale for adults that’s all the more disturbing in its bleak realism.” – J. Luis Rivera, W-Cinema 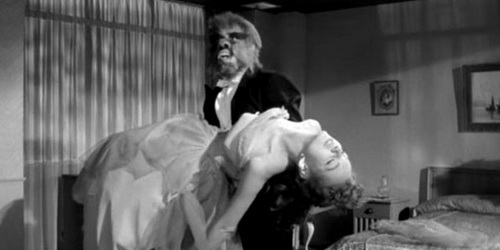 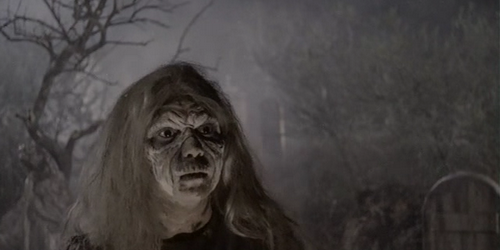 “A strange sort of cross between John Carpenter’s Halloween (what with the unstoppable killing machine and the obsessed doctor on his trail) and Bob Clarke’s Children Shouldn’t Play With Dead Things (with the dopey teens, the black mass, and the zombies), Ruben Galindo Jr.’s Cemetery Of Terror is a reasonably well paced horror film with some nice atmosphere, some cool locations, and towards the end of the movie, some nice zombie action. It’s also very much a product of the eighties and as such, it’s pretty dated… Stiglitz is fun in the lead role and while he’ll never be considered a great actor by any stretch he does a good job playing the obsessed doctor and seems to have no problem hamming it up when the script requires it. The rest of the cast is pretty awful, but it adds to the fun of the film” – Ian Jane, DVD Talk 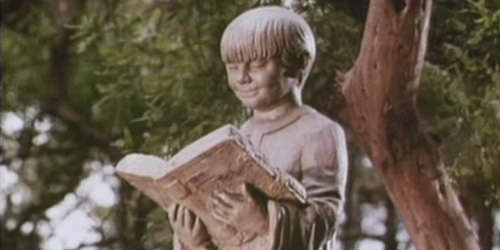 “The Book of Stone carries the echoes of an MR James story with its premise of ancient evil and suggested rather than depicted horror… Bit by bit the story unravels, piling on one little disturbing incident after another, till it places itself firmly in the realm of the supernatural. [The statue] ‘Hugo’ is revealed to have a sinister history and will resist all attempts made to uproot him from his pedestal. Even here, there is far more reliance on the play of light and shadow (cinematographer Ignacio Torres), and juxtaposition of circumstance than any elaborate flashy effect.” – Suresh S, Un-kvlt Site 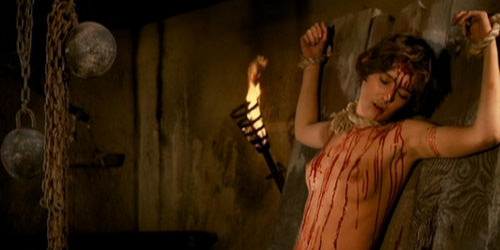 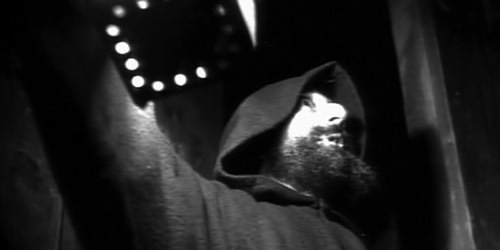 “As so many other horror films are, El fantasma del convento is essentially a morality tale. Adulterous couple Cristina (Roel) and Alfonso (del Campo) become lost one night while attempting to find a good make out spot. Enter a bizarre guide of sorts – is it ever wise to follow a stranger in a horror film? – who leads the pair to a foreboding monastery… don’t let a little predictability deter you from seeing this beautifully shot and eerie film. For those of you who are fans of Matthew Lewis’ 1796 horror novel, The Monk, you will certainly see the book’s influence in the film.” – Geoff Fogleman, Bloody Disgusting

“The diminutive death-dealers carve an astonishingly creepy presence here; and are among the most unforgettable of the Mexi-horror canon. Played by either midgets or small children, the performers all wear what look like wax masks. These facial appliances never move when they breathe, so there’s a realism that adds to the eeriness of these calculating doll monsters creeping towards their victims with poisonous needles ready to pierce your flesh… Aside from some goofy moments here and there, Alazraki’s picture does a surprisingly good job of building suspense; and delivering frighteningly spooky creatures in the form of the macabre countenance of the killer dolls. If you haven’t seen it, fans of the genre are in for a treat” – Brian Bankston, Cool Ass Cinema 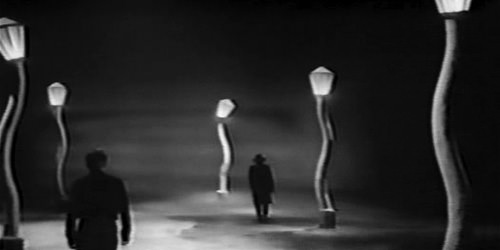 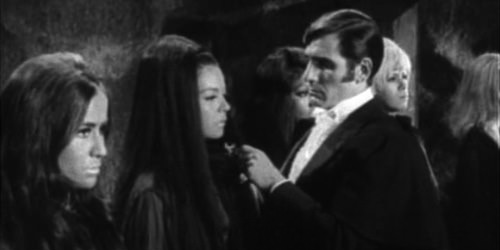 “Mexican cinema embraces black comedy in this engaging domestic thriller about a sincere husband who becomes an unrepentant murderer. Luis Alcoriza, the writer of most of Luis Buñuel’s Mexican films, lightens the macabre subject with a comic tone similar to that of the then-current Alfred Hitchcock Presents TV show. A mocking critique of false piety, The Skeleton of Mrs. Morales thumbs its nose at the conventions of ‘respectable’ Mexican film fare… Good performances add to the air of perversity.” – Glenn Erickson, DVD Talk 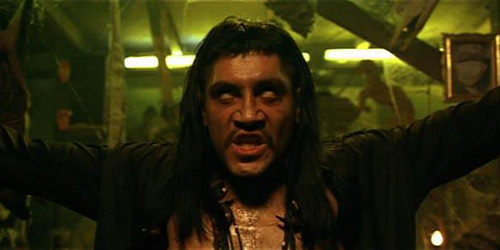 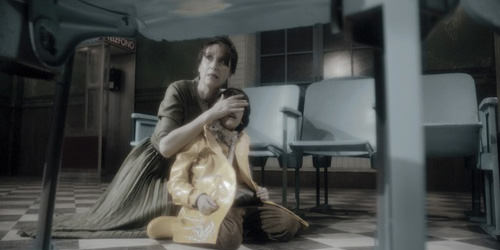 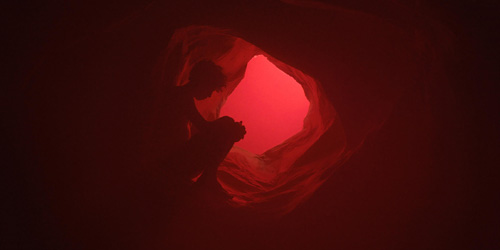 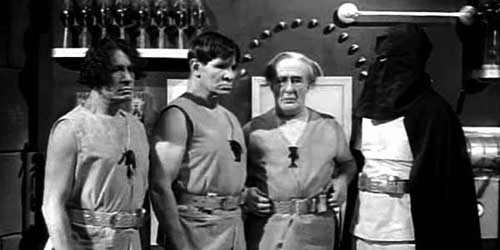 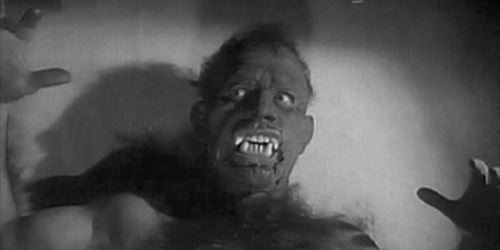 “Subdued lighting renders Wolf Ruvinskis’ monstrous appearance all the more horrifying, as does the actor’s depiction of Guillermo Santata as a boyish, dashing sort with a flirtatious streak. His transformation to a rampaging creature drives the film to a precipitous finale—but it is his abrupt and jarring lapse from heroism to victimization, early on in the proceedings, that renders the film a study in terror. Méndez’ use of the wrestling-ring demimonde—seedy and energetic, with an assortment of colorful eccentrics—provides a vivid backdrop.” – Michael H. Price, Forgotten Horrors Vol. 7